I’ve released a game last week, so I’m following closely the ranks on many keywords related to my game since its release. Naturally the ranking is going up every day. Not much, of course, but it increases every day.

For some weird reason, today the search rank for all the keywords that I’m monitoring dropped A LOT, back to the rank the app was when it was just released. Even by the exact name of my app the search rank dropped by over 100 positions.

So obviously something is wrong, and hopefully it will be fixed. Did anyone else notice anything similar today to a recently-released app?

Was that app released 30 days ago? Maybe it dropped out of top new free which caused less downloads which caused drop in ranks.

And on the Top Free rank I’m still good, it didnt drop yet, but that’s because it updates later on the day (in around 6h if I’m not mistaken).

Another change in the algorithm maybe?

I dont know, I think it’s more of a bug.

Just as a follow up: the rank is still low for those keywords on US, but I checked the search for another country I’m following which my app is becoming popular, and on that country the search ranking SEEMS to be on the same level as before. “Seems” because I wasnt taking notes of the daily ranking on that country, but apparently my rank there didnt fall, or it fell much less.

Second follow-up: it’s fixed. The rank is back to yesterday’s value, just dropped a little (it’s normal to drop a bit during the day, then recover later). If anything awry happens on the next hours I’ll post again

nothing out of the ordinary for me. it always drops then pops back up 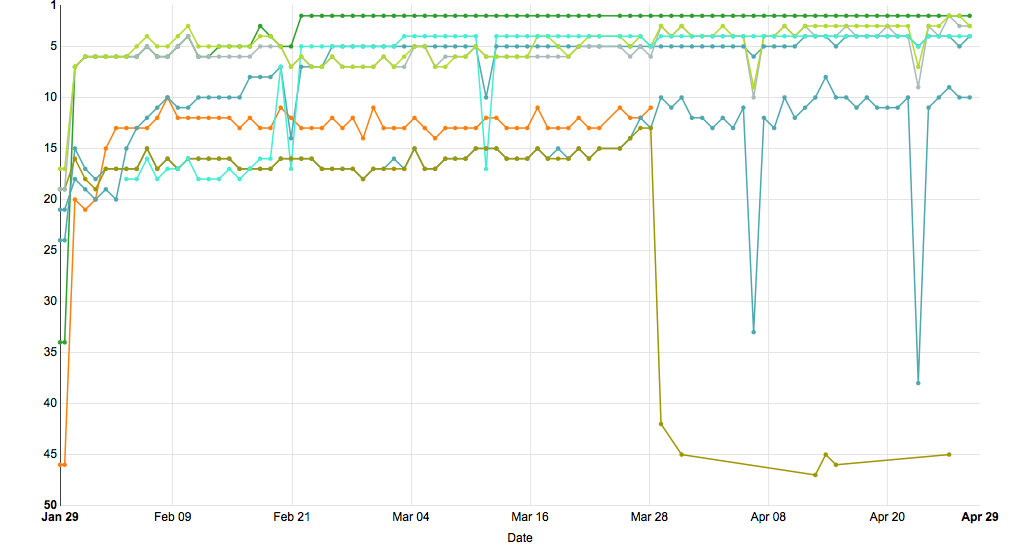