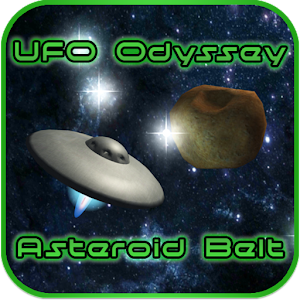 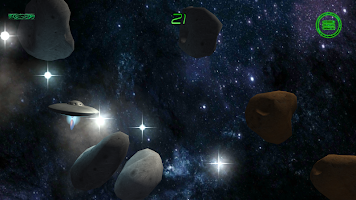 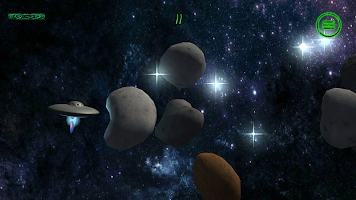 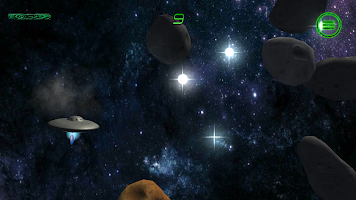 You were searching for an intelligent civilization beyond your galaxy. Upon reaching Earth you stumble on a hostile civilization known as “humans”. Despite your superior technology a missile manages to hit your spaceship damaging the anti-gravity engine, causing it to malfunction even in space, thus pushing the spaceship down everytime you’re not ascending.

The closest space base is located on Saturn, but to reach it the closest way is trough Saturn’s rings and you don’t have much time before the engine cuts out. You find a way that clearer of asteroids. Going above or below it will result in an imminent fatal collision.

Your job now is to pilot the UFO trough the asteroids, trying to avoid them as best as you can. Hitting an asteroid will cause the drain the ship’s health until it finally explodes.

Holding your finger on the screen will cause the UFO spaceship to accend, while letting go will cause it to decend. Try to avoid the asteroids and reach the furthest distance. Your highscore will be published on the leaderboards, so that you may see how your piloting skills compare to those of other players.