Alien Invasion just got released on Google Play. Game-play is similar to Space Invaders but with more additions such as power-ups, upgrades, meteor showers etc.

The game uses a lot of particles (probably too much…?) so expect some impact on performance with lower-end phones. Works quite nicely with my old Htc Desire G2/Z though 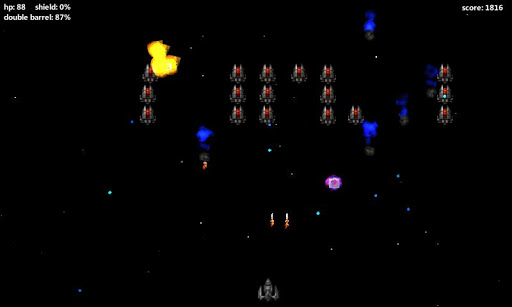