I would love to hear what people here think of my apps. 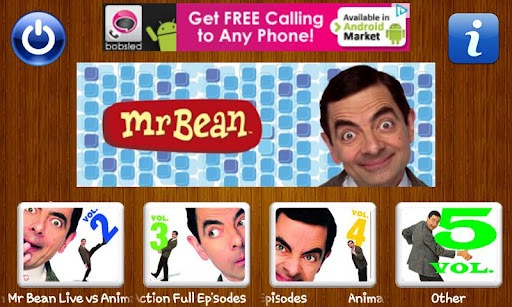 Welcome to the Mr Bean channel. The first episode of the original Mr Bean series starring Rowan Atkinson was first broadcast on 1st January 1990. Since then Mr Bean has become known all over the world. Created by Rowan Atkinson, Richard Curtis and Robin Driscoll, there were only 14 episode of the live action series ever made.

My first thought without downloading this is “aren’t the rights to Mr Bean held by Tiger Aspect productions”?

My first thought without downloading this is “aren’t the rights to Mr Bean held by Tiger Aspect productions”?

This come from Official Mr Bean’s Channel in Youtube

As in “this is an official product of Tiger Aspect” or as in “this redirects you to the Mr Bean Channel content”?

IANAL, but the images and logo used here are probably going fairly far beyond fair use.

If I was the creator I would pull it from the market asap. google might ban your account for this app. But if you got a license for the material its a different case, but I doubt it.
Its just my advice, would be a bummer if your account gets disabled.